On Monday, December 19, 2016, Muriel E. Bowser, mayor of Washington, D.C., quietly approved new legislation that allows terminally ill patients to end their lives.  The measure was previously passed by the D.C. Council, though it was hotly contested.

The legislation, the so-called “Death With Dignity” bill, must now be approved by Congress in order to become effective as law.  It will be reviewed by Congress for 30 days.

If approved, or if Congress does nothing to oppose it, the new law would take effect next October, and would allow doctors to prescribe lethal drugs for patients with 6 months or less to live, upon the request of the patient.  The request for these drugs would have to be submitted twice over a period of two weeks, and the patient would have to ingest them personally.

This is a grave concern for members of the medical community.  The United States Conference of Catholic Bishops’ statement on physician assisted suicide emphatically reiterates that each day is worth living with dignity:

People who request death are vulnerable. They need care and protection. To offer them lethal drugs is a victory not for freedom but for the worst form of neglect. Such abandonment is especially irresponsible when society is increasingly aware of elder abuse and other forms of mistreatment and exploitation of vulnerable persons.

In short, the assisted suicide agenda promotes a narrow and distorted notion of freedom, by creating an expectation that certain people, unlike others, will be served by being helped to choose death.

Every doctor must take the Hippocratic Oath, which is a vow in part to “do no harm”.  In the original Oath, there was also a clause against the prescription of lethal drugs.  Many see providing lethal drugs to end the life of the terminally ill as harmful for the patient and the future of the medical profession.

[T]he lives of all patients are worthwhile. Although terminal illnesses such as cancer can reduce a person to experiencing undignified circumstances (such as incontinence) this does not mean that the person loses their inherent dignity or worth. This is, moreover, no “private” decision. The question whether some citizens (doctors) should be allowed to kill other citizens (patients) is a decision with profound ramifications for the safety and well-being of the whole community, not least its most vulnerable members.

Advocates of the law argue that this, and similar laws allow the terminally ill to end their lives in comfort and dignity.  Opponents point out that mental illness is not adequately addressed in the proposed legislation, pointing out that the mentally ill have sometimes procured life-terminating drugs from doctors through a prescription.

The duty of doctors and nurses to benefit their patients is not a duty to end their suffering at any price. How can putting an end to someone’s existence be a benefit to them? They are no longer alive to experience 3 any supposed “benefit”! The fact that the pain and suffering experienced by patients is bad does not mean that their lives are bad.

Compassion (which means to “suffer with”) is of course a laudable emotion. But a laudable emotion cannot justify immoral actions. Compassion for the sick no more justifies killing them than compassion for the poor justifies robbing banks to redistribute wealth. True compassion respects the equality-in-dignity of all patients and seeks to alleviate their suffering in ways that respect their dignity and, where suffering cannot be further alleviated, to show solidarity with them by standing by them and furnishing what support we can. Killing is the ultimate abandonment.

The proposed measure is reflective of a larger pattern across the political spectrum.  States such as Oregon, Washington, Colorado, Vermont, and California have passed similar provisions.

In 1994, Oregon was the first state to pass a similar law. In fact, all similar laws in the other states that allow assisted suicide, including the proposed measure in D.C., are based on a measure passed in Oregon in 1998.

Congress could prevent this new suicide bill from taking effect by opposing it, or by amending other legislation.  Indeed, the Washington Post noted that opponents of the legislation have vowed to press Congress into taking action against it.

In short, no compelling reasons have been advanced to legalize voluntary euthanasia or physician assisted suicide. The arguments based on either “choice” or “compassion” lead logically to generalized killing. The experience in the Netherlands and in Oregon gives no assurance that euthanasia or assisted suicide can be legalized without extensive abuse. A far better response to human suffering would be to ensure the widespread availability of high quality palliative care. 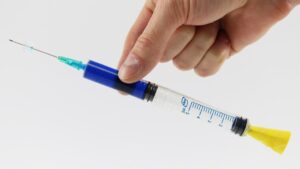