Now that Proposition 64 passed on the November 8th ballot legalizing the use of recreational marijuana, California state leaders are already beginning a battle over how to best keep California roads safe from marijuana-impaired drivers.

This week, a bill was introduced that would allow law enforcement officials to test the saliva of people suspected of driving under the influence of marijuana.

Assemblyman Tom Lackey, R-Palmdale, this week introduced a bill that would allow officers to take a spit swab from drivers who’ve failed field sobriety tests. Portable instruments promise to detect the presence of pot and other drugs within minutes, telling officers whether they should potentially let the driver go free or take them to the station for a blood test and possible arrest.

Assemblyman Lackey is himself a former California Highway Patrol Officer representing parts of San Bernardino, Los Angeles, and Kern counties. He says his reason for introducing the proposed legislation comes from witnessing firsthand the tragedy that results from impaired drivers on roadways. Lackey says he feels a responsibility to do what he can to be a voice on this issue and attempted to introduce a nearly identical bill in 2015. According to the Orange County Register, State Senator Bob Huff also pushed similar legislation earlier this year, but both bills died in committee.

Lackey opposed Proposition 64 but hopes now that the use of recreational pot has been legalized there will be an even greater sense of urgency to pass the legislation. Yet the measure is controversial because the effectiveness of swab tests have not yet been fully determined. The Press Enterprise provides more details:

Critics argue that the roadside testing device is still experimental, citing studies that show the tests are least effective at detecting impairment, in part because marijuana stays in a person’s system long after its effects have worn off.

That lack of reliability – coupled with the high cost for a test that would only establish probable cause rather than clear proof of impairment – were concerns raised when similar legislation was analyzed in the past.

Back in October, California Family Council cautioned against the passage of Proposition 64 noting the measure had “no clear standard for law enforcement to use to effectively keep impaired drivers off the road.”

We are now seeing that scenario playing out in front of us at the potential risk of motorists.

The bill introduced by Assemblyman Lackey is expected to be up for vote in 2017. Although it is unclear at this time whether the bill will pass, it illustrates the negative effects of the legalization of recreational marijuana upon the taxpayers of California. 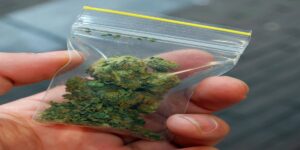 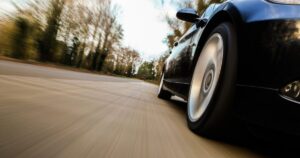