Sources indicate that efforts to repeal the Affordable Care Act, also known as Obamacare, could begin as early as January.  Key Republican figures are united in a desire for a repeal of the law as soon as opportunity permits.

Conservative Republican leaders would like in an ideal scenario to repeal Obamacare immediately, and replace it with a better system. While there are concerns about some Americans experiencing a lack of healthcare coverage if Obamacare is repealed, many believe that the current healthcare system is flawed; and are supportive of efforts for repeal. Politico reports:

“I don’t have a lot of people in my district who are crying about the possibility of losing Obamacare. In fact, they’re cheering for it to go away,” said Rep. John Shimkus (R-Ill.), who is running to be chairman of the House Energy and Commerce Committee, which has jurisdiction over health care. “No one is banging on my door saying, ‘Save this program.’”

Emphasis is being dedicated to ensure that Americans being covered by Obamacare are not hurt by a lapse in coverage due to changes by the coming administration.  In order to ensure this, Republicans will likely not repeal Obamacare in a sweeping and wholesale manner. Yet Senator Lamar Alexander, chairman of the Senate HELP Committee went so far as to say that we are in an “Obamacare emergency right now:”

I think we could move forward in January on some aspects of repeal but we need to make sure that we are helping people and that we do no harm, said Sen. Alexander.

There are several proposals being considered.  One is to quickly repeal the biggest parts of the Affordable Care Act through budget reconciliation; a process that could not be prevented by Democrats.  Republicans would repeal Obamacare, but postpone the date for the law to come into effect.  This date could be postponed up to a year or two in order to insure a smooth transition for the healthcare industry, but the repeal could end up on President-elect Trump’s desk in early January, after he takes office.

Another potential plan would be repeal the smaller, yet most unpopular aspects of the Affordable Care Act.  One example of this approach would be to repeal the individual mandate portion of the law, which penalizes Americans who do not have healthcare coverage.

Republicans generally agree that a complete repeal of the healthcare law will take time.  Sen. Lamar Alexander stressed the importance of healthcare reform:

We need immediate relief, we need to act quickly. But we may have to complete the repeal step by step because Obamacare was not passed with 51 votes; it was passed with 60 votes. And we’ll need 60 votes to finally change it.

The repeal of Obamacare could take place soon, but Republicans will have to engage in lengthy negotiations with their Democrat counterparts in order to provide a replacement to the current system. 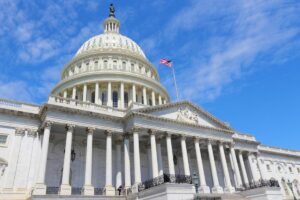 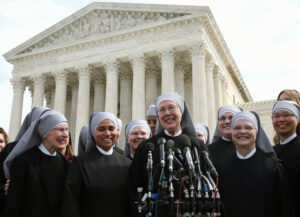 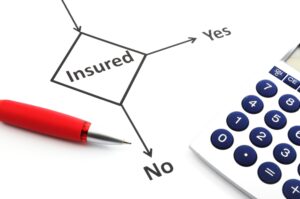