In just a few days, in addition to voting in a highly contentious presidential race, Californians will vote on 154 state and federal legislative races and 17 state propositions. California Family Council joins numerous organizations in strongly urging you to vote YES on Proposition 54.

Not to be confused with Proposition 64, which would legalize the use of recreational marijuana, and which CFC vehemently opposes, Proposition 54 is designed to keep special interests out of politics.

Special interests have too much influence in the legislature, and this initiative would give power back to the voters.

Prop. 54 will restore integrity to the California legislative process. Prop. 54 would:

You can go here for more facts about Proposition 54, or to read the legislation in it’s entirety. California Family Council strongly encourages California voters to support this initiative at the ballot box on November 8th. 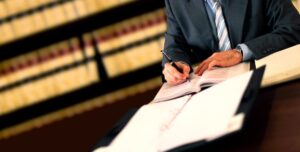