The following is a set of talking points and an FAQ for our supporters who oppose SB 1146.  We would encourage you to distribute this to friends and family, and to encourage everyone to oppose this terrible bill. Please also share our online petition and new printed petition to help engage your friends, family, and church!

Religious colleges and universities attempt to integrate their religious beliefs throughout their curriculum and student life.  SB 1146, however, would prevent this.  To be eligible to receive students with a Cal Grant (a state-funded scholarship available to lower-income students), this bill would require religious colleges to change their moral, religious beliefs and policies regarding sexuality and marriage.

In accordance with current law, many schools maintain moral provisions that are in keeping with their particular religious faith (e.g., not permitting biological men who identify as women to live with female roommates, not permitting same-sex married couples to live in married student housing).  SB 1146 requires those schools to change such religiously-inspired practices, or be ineligible to accept Cal Grant students.

Effectively, this bill targets and punishes religious beliefs with which its supporters disagree, and lower-income, minority students will be the collateral damage.

The bill’s author claims it does not affect Cal Grants or harm students.  This is misleading.  First, the author removed protections for Cal Grants access at the request of the Judiciary Committee.  Secondly, even if those protections were restored, they are meaningless.  The key mechanism of the bill is this: if a school does not comply with SB 1146’s “nondiscrimination” requirements, then it may not accept Cal Grant students.

The end result: thousands of lower-income, minority students will be unable to attend the religious college they wish to attend.  This is an attack on student choice, plain and simple.

Religious colleges in California do a phenomenal job in serving lower-income students, graduating them at far higher rates than their state-run counterparts. They are transparent about school moral policies, they do not engage in unjust discrimination or harassment against LGBT students, and are open to even greater transparency.

The author admits that this bill in drastic need of revision, but we believe it should simply die.  It harms thousands of Cal Grants students at the expense of only two LGBT students who have alleged unjust discrimination from religious schools in support of this bill.

We therefore urge you to oppose SB 1146.  LGBT students can be protected in California schools without harming Cal Grant students or attacking religious liberty.

A: SB 1146 places requirements upon religious colleges and universities relating to their treatment of LGBT students.  If they cannot comply with those requirements, they become ineligible for state funding and for participation in the Cal Grants program.  To be eligible, schools must verify that they will not have any policies that single out same-sex or transgender activity.  The bill also forces schools to provide greater notice to students if they have any policies that “discriminate” on the basis of sexual orientation or transgender identity.  We at CFC, as a prudential matter, do NOT necessarily oppose these notice provisions.

A: A Cal Grant is a state-funded scholarship to attend a private or public college or university.  It is available to lower-income students who meet certain academic requirements.  It is an important tool for helping lower-income, minority students in California attend private and religious schools.  Many religious schools have large numbers of students who attend on a Cal Grant.

Q: What kinds of policies would SB 1146 prohibit?

A: SB 1146 would chiefly affect housing policies.  First, it would prohibit a school from maintaining married student housing that is only open to students in opposite-sex marriages.  It would also prohibit schools from refusing to allow biological male students from living in female dormitories if they identify as being a transgender female, or vice versa.  Policies prohibiting same-sex public displays of affection or cross-dressing would also be prohibited.

Q: What else would the bill require?

A: In its current form, this bill would also prohibit schools from discriminating on the basis of sexual orientation or gender identity in hiring.  Thus, if a school declined to hire a professor in a same-sex marriage, it would be open to a lawsuit.  The author has expressed that this provision was accidentally added to the bill, and that he will move to correct it.  It is still, obviously, a topic of serious concern.  The bill would also require colleges with a chapel to have their chapel be open to marriages between persons of the same sex.

Q: Senator Lara says the bill “does not affect” Cal Grants access.  Is that true?

A: No.  This bill affects Cal Grants because it forces schools either to abandon their religious convictions on matters of sexuality and marriage in order to be eligible to accept Cal Grant-carrying students, or else to maintain their beliefs and be ineligible.  Senator Lara had previously introduced language that “protected” students from having their Cal Grant taken away as a kind of penalty for their school’s noncompliance, but that language would not resolve the central dilemma schools would face.  However, Senator Lara removed even that minimal “protection” language in the most recent version of the bill.  Regardless of whether this language is in the bill or not, the same outcome will result: lower-income, minority students will be unable to go to these Christian colleges because these schools cannot conscientiously comply with SB 1146’s mandates. 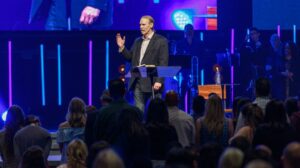 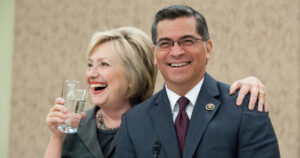 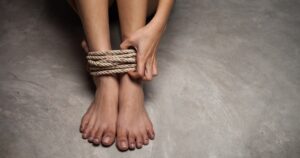 UPDATE: Your Action Needed on SB 524!

UPDATE: Your Action Needed on SB 524!